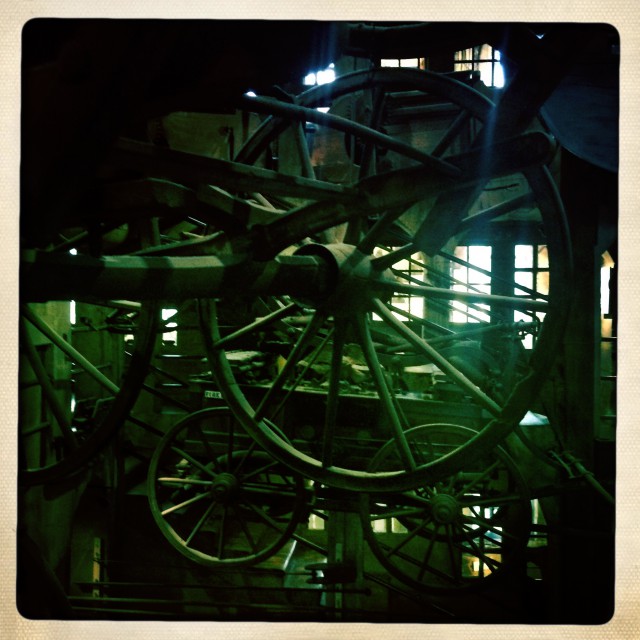 B Side
By Ben Morris

They tell me I spoke in utero from my mother’s swelling navel. When I was a toddler the three of us performed on street corners, people spilled their pockets into my father’s empty trombone case. Then my brother came along, a strong baritone who tossed his voice through windows like rocks. We performed for the arriving passengers at the Amtrak station. People stepped down from the trains, heads cocked, unsure what to make of the four of us surrounding them with song. Then my sister was born, silent and afflicted with a stillborn throat. But we tuned our communal larynx nightly in front of the house mirror while she accompanied us on the black baby grand piano. My brother once punched a kid in the mouth for calling her a Mute. He put his hand up the back of the kid’s shirt and made him apologize. My sister plays any instrument given to her. She occasionally sleeps with dad’s trombone for comfort. We serenade all seasons. When folks hear us coming each December, they blacken their Christmas lights, and the street becomes our composition. See the five of us moving door to door on the shadowy sidewalk: the black ice swallowing hazy green lamp light. My father sings like Ravenscroft and deposits his voice into a passing minivan’s radio. The screams of the family inside carry down the street. We throw voice into recycling bins, garbage cans, and dumpsters: a composted choir of tongues. Our song pours out of the orphans, drunks, and plastic manger Jesus. The rats dance, dogs fever, cats strut. We fill vessels and look for those that have willing body. We are the town’s silver tongue and we speak for the stars. The constellations of our mouths make music with their lights. We throw ourselves out of the moon in a voice that sounds like thousands of staccato feathers. We reach the end of town. And we haven’t anyone to sing for, so for the first time in our walk we go silent. The green eye next to the railway watches as we pass onto the tracks. We walk the trestle bridge, nothing but black sheet music below us, all the way down to the river sounds. We throw. Our voices turn up from the chopped current and twist over the rocks in dark rhythm. A ravine filled with light. The train rail hums along with us, a metallic base. Snow shakes from the sky. My sister, with her black mouth full of air, takes out dad’s frostbit trombone and slides us along the tracks. We have harmonies that embrace the night birds. We shake miles of sleeping copper pennies off the rails. We walk along and collect them, loading our pockets, and board the train out-of-town on the B side.

Ben Morris grew up on Lake Erie in northwest Pennsylvania. He recently received the Academy of American Poets University Prize, and his work has appeared or is forthcoming in drafthorse, NDQ, Red Clay Review, Lake Effect, and others. He resides in Grand Forks, ND with his partner, Beverly, and their two children, Gracelyn and Henrik. He is currently working on his PhD in English at the University of North Dakota.