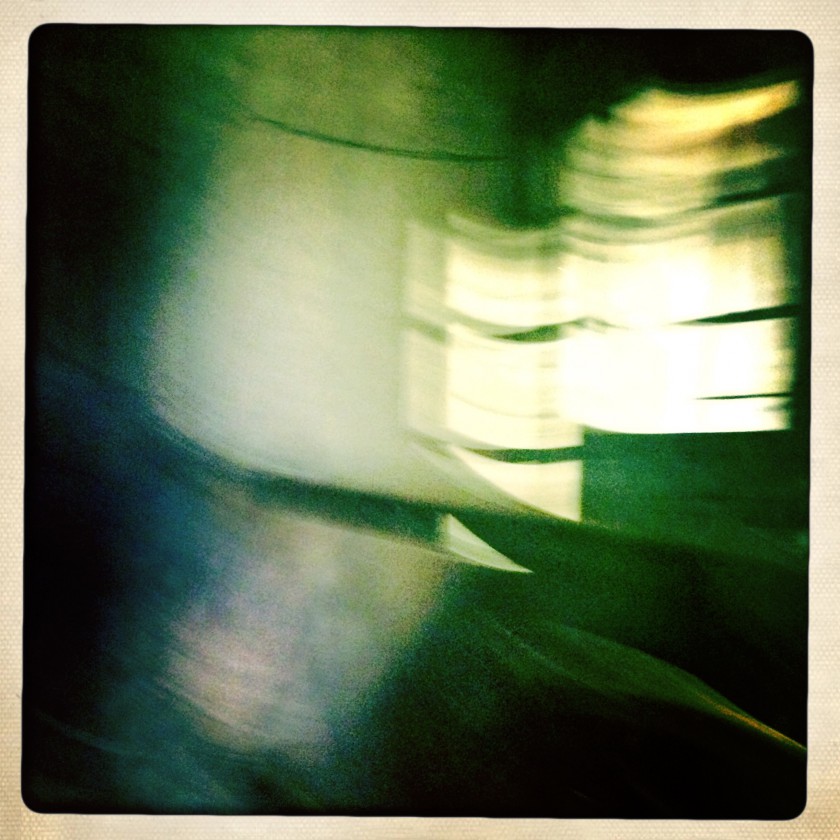 What a Girl Knows About Trees
By Kathryn Kulpa

Trees are your friends. They won’t let you fall. A girl’s mother told her this once and the girl never forgot it, and never was afraid to climb to the tallest tops and look out past hedgy borders dividing yard from yard, high enough to see the ocean, or, on foggy days, at least the neighbor’s swimming pool.

Which was not to say the girl was not afraid of spiders and bees and pincer-faced earwigs and certain kinds of caterpillars, the tiny, squirmy white kind that launched themselves from branches on parachute strings, and those were the kind most likely to be found in trees, but fear of bugs was not enough to keep her on the ground.

Trees made seats. And in particular the old, wild-grown orchard in the far backyard, where pear trees and apple trees grew tall and thick-trunked with foothold crooks and that one cradled branch, better than any chair; you could finish a whole book in that seat, and a girl did, crying because Laura Ingalls’ dog died. Good dog, Jack.

The tree seat was also high enough to provide protection from armies of carnivorous rats, should they attack, the warning cry RATS! echoing across the grass, the girl and her best friend running for the safety of the trees, and KANGAROO RATS! meant they could jump, but that branch was still tall enough, as long as no hands or feet were hanging down. But if a foot still dangled within ten Mississippi’s of the alarm being sounded, then a girl or her friend were considered bitten, and because of bubonic plague, effectively dead.

If a girl had a talking toy parrot on a perch that her grandmother brought back from a bus trip to Amish country, because nothing says Amish country like a talking toy parrot, the girl might need to bring the parrot to the orchard and hang the brown plastic parrot perch from a tree, far away from where her mother in the house could hear, because she and her friend had discovered that if you said fart, butt, poop to the parrot it said fart, butt, poop back to you, and it had become their favorite toy in the universe. But the girl remembered how a Magic 8 Ball had disappeared after it answered IT IS CERTAIN to the question “Will I die soon?” when the girl prompted her six-year-old cousin to ask it that.

Some questions just don’t need to be asked, her mother said.

The girl and her friend are ten and eleven, born one year and one day apart. One year and one day shouldn’t matter but it will, soon. They don’t know that yet. Both of them are waiting for something but they haven’t figured out what. It’s coming for them, they’re sure.

Tall and wild and twisty grew the orchard trees, but wormhole apples and wizened green pears were the only fruit they gave. And when small green pears and small green apples got old and soft, more brown than green, and when the girl’s best friend was no longer her best friend but her worst enemy, a girl would thumb-tack a picture of that friend to the trunk of the tree and pelt it with a very old apple that would pop like a pimple when it hit her enemy’s face, and a girl would feel better.

In a few more weeks middle school will start for the girl’s friend, but not the girl. One year in different schools, one year apart. Why should one year have to change everything?

A tree’s age can be determined by counting the concentric rings inside its trunk. But a girl can lie about her age, and does.

A tree could be chopped down with an ax. A tree could be struck by lightning and split in half. A tree could be wrapped in ghostly parachute cocoons and eaten alive by caterpillars. All of these things could happen to a girl as well. But chances were they would not.

A girl and her best friend, who used to be her worst enemy but now is her best friend again, at least until summer ends, could build a house inside a grove of trees, and their house would be two bed-sheets draped from branches and a blanket covering the bumpy, apple-strewn ground. They could share the secret, grown-up things they found –a pack of Virginia Slims cigarettes. The girl didn’t think to bring a lighter, but they let the cigarettes dangle from their mouths and posed, hands on hips: You’ve come a long way, baby! A magazine the girl’s friend had found under her brother’s bed, stuffed inside a Trapper Keeper with “MATH” written on the front. They expected naked girls, but they were not sure what to do with what they saw. The women in these shiny pages seemed like a different species, mermaids or exotic butterflies. They looked at the women in the magazines. They looked at themselves.

Kathryn Kulpa was a winner of the Paper Nautilus Vella Chapbook contest for her flash fiction collection Girls on Film, forthcoming in 2016. She is flash fiction editor at Cleaver magazine and has published work recently in Smokelong Quarterly, NANO Fiction, and KYSO Flash.  You can find more at: kathrynkulpa.com, and Twitter, @KathrynKulpa.