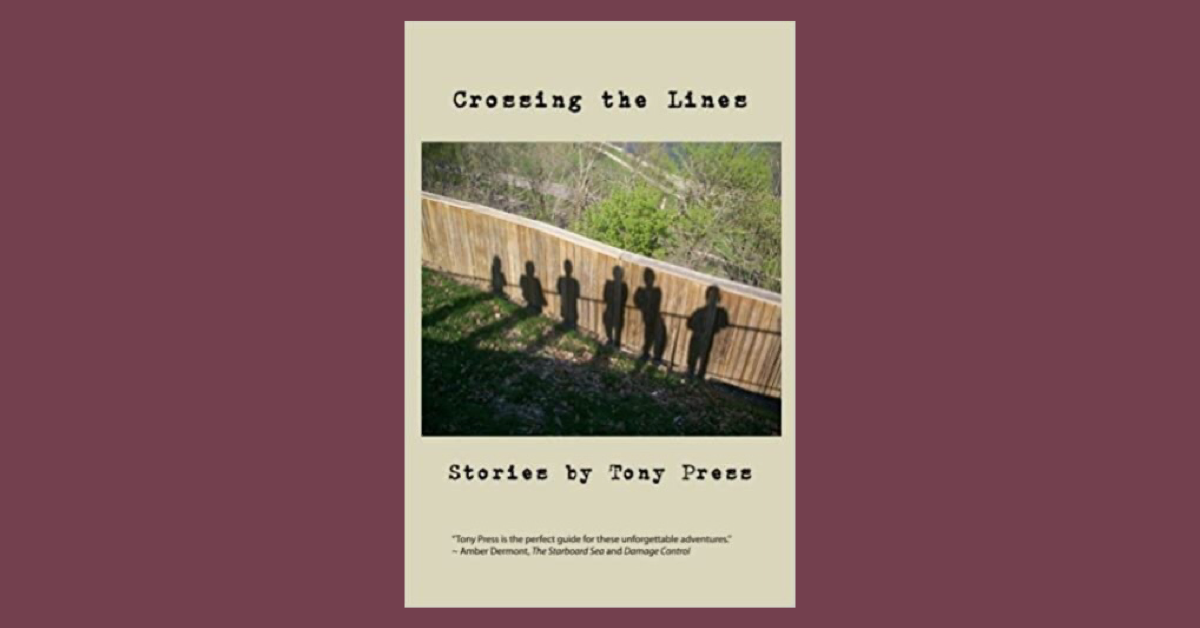 A Gentle Rage
by Tony Press

Yesterday I went to see the house and neighborhood of my youth – not my thirties, but my childhood. That was a long time ago. Yesterday is already pretty far back, too.

I almost wrote “yesterday I drove to see the house” but that, unfortunately, would be a lie. I haven’t driven anywhere in six months since the day my kids descended like interveners from that television show, and presto, they had my keys.

Oh, they praised me to the skies, my courage, the rightness of my decision, how wonderful it was I had made the choice, not them, but God it happened fast. That’s the new deal – and I do recall the real New Deal – things creep along, just creep and creep, but in a flash, everything changes. As my tax guy said when I told him I intended to drop dead in my home: “We all do, but you, my friend, are one fall away from something very different.”

So now, in addition to the unmitigated joy of moving with a walker with two tennis balls, there’s more. If I want to go anywhere, someone has to take me. I’ve been driving for 75 years. Try stopping that on a dime. It’s not easy. What it is, is the shits, pardon the expression. And, no, I won’t digress into the real shits and that delight.  I won’t. I keep saying: “Never get old,” and everybody laughs, thinking I’m being funny.

But I want to tell you about that trip. We left at nine and arrived by eleven.  Obviously it wasn’t terribly far but I hadn’t been back in, in, in a long time. I don’t like the expression “in decades” but I could use it often if I wanted. I don’t.

Like they say, everything looked smaller. So what. I’m smaller, too. I used to be five-nine, but now I’m barely five-five, and pants keep sliding off. My license still says five-nine, for all the good that does me.

We got there, my son driving his silent Prius, me in the suicide seat, and he parked in front of the house. “This is it, right, Dad?” He had a Google print-out and a GPS thing. I said yes. Maybe it was. Doesn’t make any difference, you just do what they say, and say what they want. It’s easier.

I’m sure I slept all the way home, and I probably most of the way up there.  I know I missed the bridge in both directions. I remember crossing the bay for years, from a different house, when I worked in the city. I remember driving my car onto the morning ferry, coffee on the way over, and two beers coming home. I always stood outside, in sun or mist or fog or rain, it didn’t matter. I was alive.

It’s all past tense now.

“Gentle Reader, welcome to the tender-hearted stories of Tony Press. In Crossing the Lines, hippies, poets, wanderers, and thieves steal our hearts, not to break them, but to expand their beating chambers. Tony Press writes with care and precision about the quiet moments that swiftly and un-expectantly recalibrate our wavering lives. The strengths of these stories rest in their good humor and close attention to how we fall in love and how that love transports us into the dark and thorny depths of our own wilderness. Tony Press is the perfect guide for these unforgettable adventures.” ~ Amber Dermont, The Starboard Sea and Damage Control 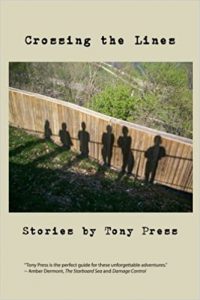 Available at: Amazon, Kepler’s Books and Magazines, and Burlington by the Book.